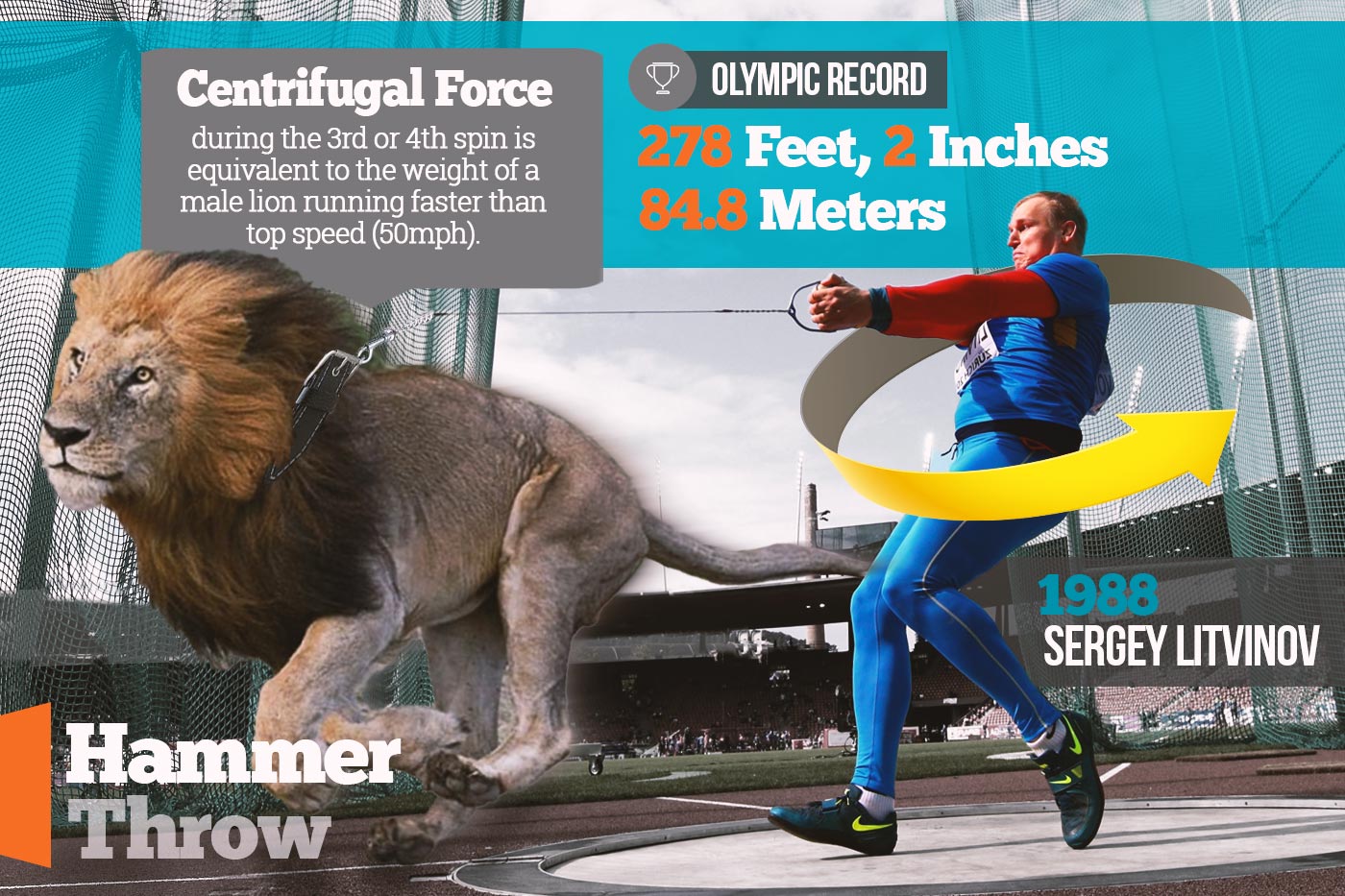 Putting the Hammer Down

We're shining a spotlight on the amazing, technical wonders that are achieved in the field events. Learn what it takes to set the Hammer Throw Olympic Record and why this event is so impressive.

At some point a very long time ago, humans figured out that swinging stuff before throwing it makes it go faster and farther. David didn’t just hurl heavy rocks at Goliath; he put them in a sling and swung them around his body before unleashing his decisive underdog blow. Enter the hammer thrower – an innovator with the patience of a shepherd and the skill of a sniper.

If an athlete simply tried to throw a hammer as far as he/she could, they would call it the shot put. The hammer is essentially a shot attached to a grip by a 3.9ft (121 cm) steel wire. We’d like to think that many centuries ago the David of shot put decided he would attach his iron ball to a sling and show the giants just how far the power of physics can take you.

The answer is more than three times as far. The difference comes down to acceleration. To throw the hammer, an athlete must first get the ball moving with a few overhead rhythmic swings to build momentum. They then launch into a whirling blur of motion, spinning like a Dervish to generate centrifugal force. By the third or fourth spin, that force turns the 16-pound ball into a beast weighing 450lbs (2000N) and traveling at 65 mph. They are holding the end of a leash attached to a full-grown lion sprinting at top speed.

It's just as much brains as brawn

To an outsider, the specs mentioned above makes the sport look like it requires tremendous physical strength. While they must be strong, hammer throwers prove their brawn through balance, technique and patience (or spot-on timing). The first two turns take serious balance to get the ball where it needs to be while staying within bounds and not falling over. The remaining rotations are about letting the momentum build and waiting for the perfect angle to let the hammer fly.

As with the shot put, each athlete gets 3 initial attempts then the top eight get three more. The one who spins the fastest, extends their arms the longest and releases the hammer at the optimal angle takes home the gold and a PhD in physics.

Anyone declaring the greatest hammer thrower of all-time will only speak one of two names: Sergey Litvinov or his main rival Yuri Sedykh.

The duo coauthored the rewrite of the hammer throw record books with Sedykh holding the world record and Litvinov holding the Olympic record.

Sedykh was a master of technique, doing in three turns what no other thrower could do in four. Litvinov was a wizard of rhythm that performed on the edge of chaos and perfection. Their methods were both right and with records that have stood for over 30 years, they probably always will be.

Anita Wtodardoczyk was not alone in the hammer-throwing ring when she broke her own world record to win Olympic gold in 2016. Her friend, Kamila Skolimowska, who had died at the age of 26 seven years prior, was there with her.

Skolimowska had won the gold medal at the 2000 Sydney games and was the preeminent competitor in the event until she suffered a pulmonary embolism during training.

Since then, Anita Wtodardoczyk wore Kamila’s throwing glove during every competition. Seven years later, that same old, tattered, stitched-up glove supported Anita’s hand as she made history. There are few stories of the influence of friendship on sport more beautiful. 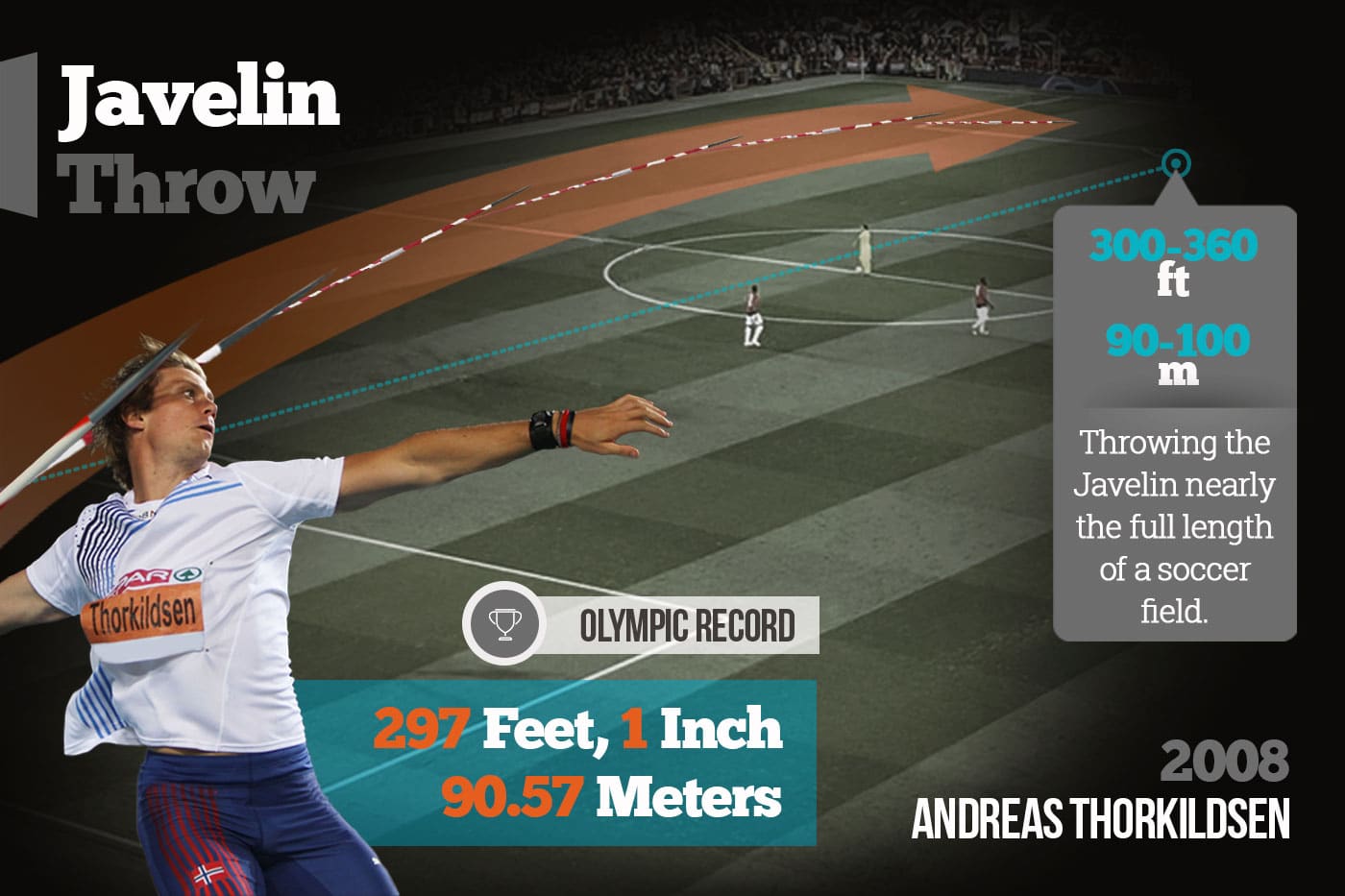 Using a run-up of six to 10 steps, followed by two or three “crossover” steps, the thrower must generate speed, multiply it using the ch... 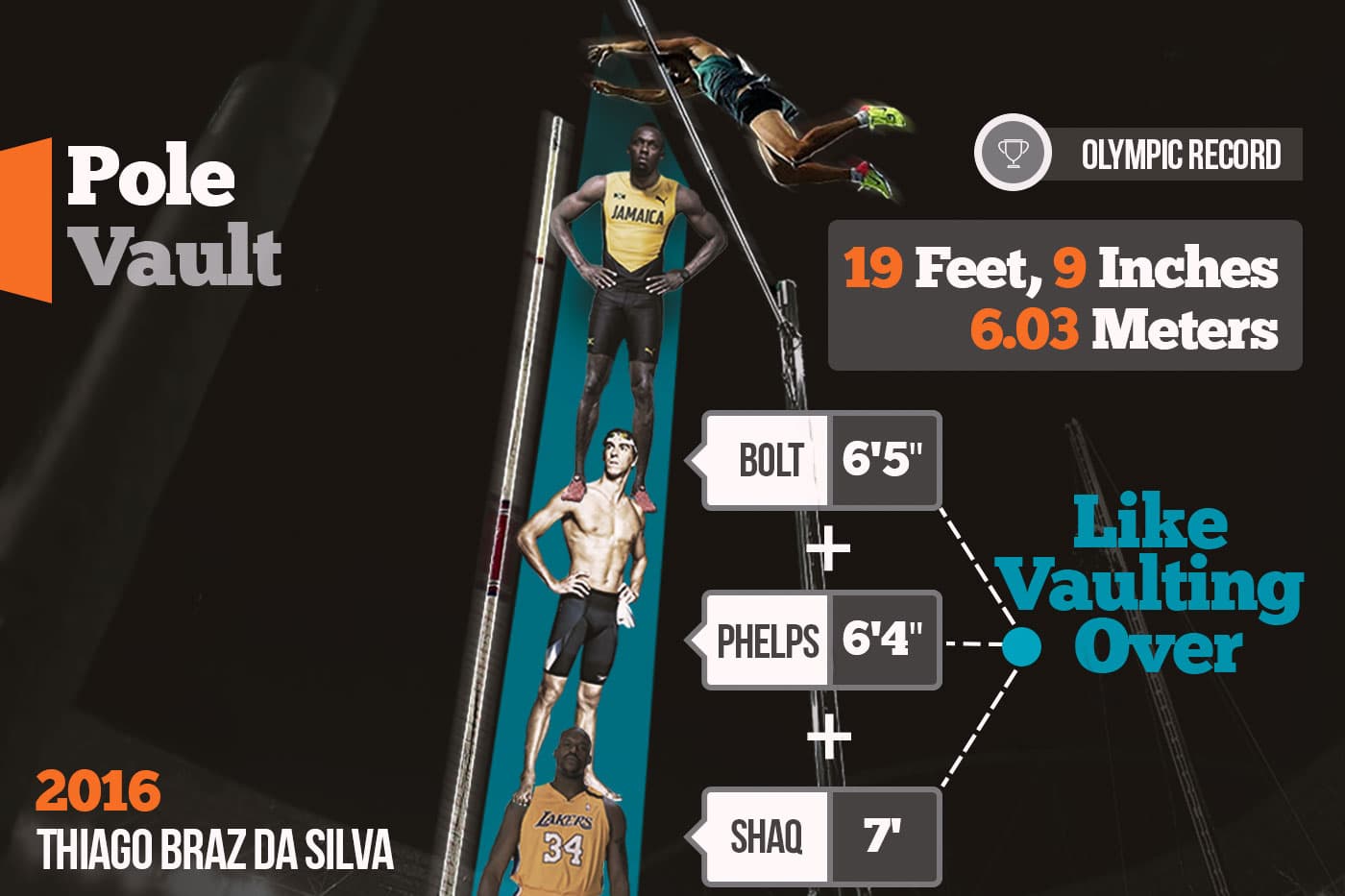 If you think hometown advantage isn’t “a thing” in track and field, ask Thiago Braz da Silva his opinion on the matter. In the 2016 Ri...
View All Articles