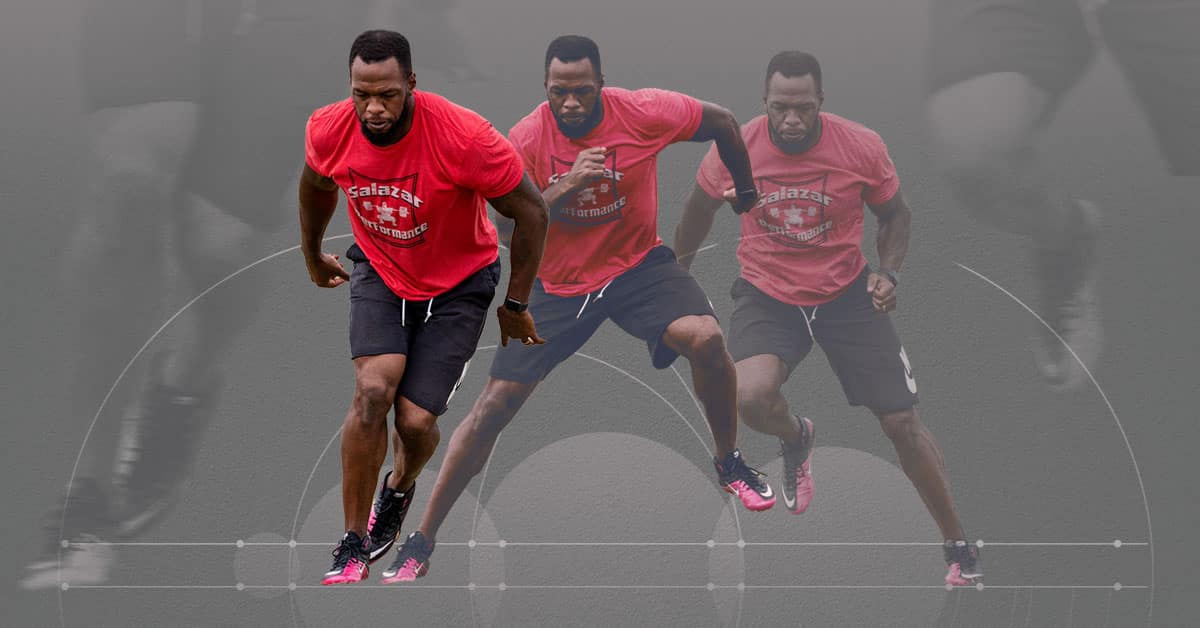 Incorporating change of direction drills into your athletic practice can be a game changer for improving speed and agility. No matter your sport, there is significant performance to be gained by including multidirectional exercises.

Well planned speed and agility programs that are tailored to help athletes move faster is what NFL and USTA Strength and Conditioning Coach, Brent Salazar has build his career doing.

This article is based on his Smarter Strength and Athletic Conditioning master class.

We’ve also included a powerful progression of change of direction drills to add to your speed and agility toolbox.

You'll learn how to master multidirectional technique with demonstrations by NFL Defensive Back Reshard Langford. 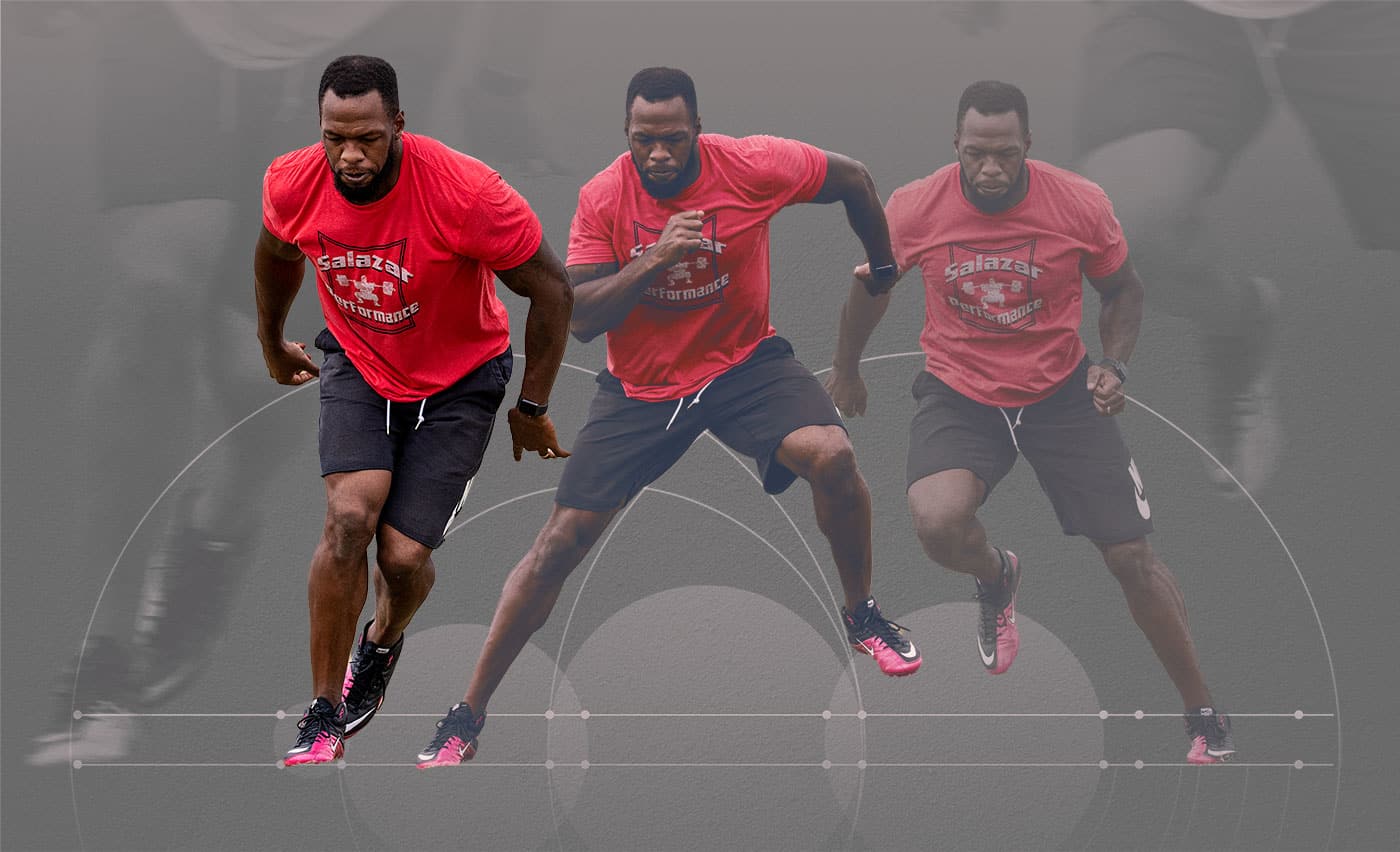 What's The Difference Between Speed and Agility?

The primary focus of strength and athletic conditioning is to develop fast, powerful athletes that are more resistant to injury.

To accomplish this, most athletes are trained to build strength and power through Olympic lifts and traditional plyometrics, like box jumps, hurdle drills and bounds.

While these are foundational components of any successful training program, they miss the all-important multidirectional nature of athleticism.

You already know that speed is moving the body in one direction as fast as possible. But speed without agility is literally one-dimensional.

Accelerating, decelerating, then changing direction and accelerating again, this is agility. It’s not just speed, but rather adjusting movement while moving as fast as possible.

True athleticism is well versed in the z, or complex plane - not just the x & y.

Since you can’t really be agile without speed, how do you train to get faster?

First, mechanics are key. Simply improving mechanics is one of the easiest ways to increase speed.

Ensuring you understand how you should be moving during speed training. And then working on mechanics to move as efficiently as possible is the path to getting faster.

Then what is efficient movement? It starts with proper angles which essentially means training with an athletic stance.

Now, let’s venture into agility drills and training. With agility training, we are working to improve the ability to react with the proper body mechanics to produce the most force.

Agility training is about more than just quick feet. The most effective agility drills teach athletes to react at the appropriate time by making the right move.

Whether that is deceleration, a back-peddle, an inside-open turn, or a plant and cut – learning to move quickly with good mechanics is what good agility drills are about.

The short answer - everyone. But here is a more granular view of agility through different sports:

In many sports, athletes move in the same plane with the same repetitive motion. In order to build stability in the body and make it less injury prone, integrating agility drills is paramount. This is especially true with jumping events in track and field that favor one leg or side of the body.

Effective long jump and high jump workouts include a variety of agility training drills to balance out the body.

By moving at varying speeds, using different body patterns and planes of direction –you improve reaction times, overall speed and durability of your joints, muscles and tendons.

Agility for Throwers, Pitchers, and Quarterbacks:

The speed and distance of a throw is largely determined by how smoothly and quickly an athlete can get their feet into the proper throwing positions while keeping the implement or ball stretched behind them. Agility is needed to be smooth and fast.

A great example is the throwing events in track and field. Range of motion is crucial for developing proper discus technique or learning how to throw the shot put.

In throwing events power is generated from the lower body and cascades up through the body.

The greater the range of motion an athlete has, the more time that can be spent applying force into the implement or ball.

The faster the feet get into position, the more range of motion can be created.

The need for agility training in these sports is obvious. Field sport athletes are constantly stopping, starting, cutting, and changing direction.

You won’t often see these athletes sprint in a straight line without having to change direction or slow down during play.

If a basketball, football or tennis player can’t stop, start, and accelerate quickly, they’ll quickly lose their opponent when on defense and will get caught more easily on offense.

Their athletic movement must be performed in a specific way to keep up with the game.

When an athlete moves from one position to another, they need to create power during this transition to maintain their speed and not get lost in the shuffle.

Since these athletes are constantly moving in these same patterns during play, isn’t practicing the sport enough to train speed and agility? Definitely not.

To maximize your athletic ability you must incorporate drills and training that develop multidirectional athletic speed.

If agility is choosing the appropriate movement pattern at the right time and executing it exactly as intended, sport specific practice alone won’t allow the quality and volume needed to achieve this.

Executing a movement at the most effective angle and position requires doing exactly that - through practicing agility drills outside of the game.

In the game, an athlete may believe he/she is performing the correct movement, but miss the technique or position at which to execute it — which may allow another player to get around them.

This athlete may continue to perform this particular movement poorly despite playing a sport for years. This repetitive shortfall will become ingrained and difficult to overcome the more it’s practiced.

So how do you train agility? Training agility is often thought of as doing tons of latter drills, cone drills and step drills.

But to design effective agility training for a particular sport, understanding the movement pattern of that sport is necessary to work those patterns of multidirectional power.

Molding these drills around the specific movements that occur most often in the sport could mean the difference between a great performance and a sidelining injury.

To train change of direction and multi-direction movements, an athlete must understand the body angles and position during the movement.

Start, stop and change of direction drills should focus on the center of mass as well as where and how the feet are making contact with the ground.

Below are some of the most effective agility drills that work these concepts. These demonstrate a great progression for training change of direction.

They start at a foundational level and progress to add speed and complexity. Always ensure you or your athlete are “owning the position/drill” before moving to the next level.

This drill will establish the foundational technique necessary to get the most out of these agility drills.

This is a great way to get a feel for the correct angles, force application and movement patterns.

It will also help you identify and correct form issues, such as stepping over the hurdle with the lead leg instead of using the sideways force to carry you over.

The goal of the lateral A-Skip drill is to build focus on applying force in the correct direction and maintaining speed as you move over each hurdle.

Adding a counter movement to the change direction at the end of the hurdles teaches proper deceleration, foot placement and hip position to maximize the return force.

This drill increases the speed to more closely resemble the tempo you’ll experience when playing.

It also builds on the need for balance as you move at a quicker pace.

Now we are working on changing direction at higher speeds. This drill builds on the previous one and creates a focus on proper body positions before switching direction.

Upping the speed again, this drill is done at a faster pace to resemble a quick change of direction on the field/court.

Building in more complexity, you’ll now change from a lateral direction to a linear direction. These are the skills that will help you out-step your opponent.

This is a higher-level modification of the previous drill that adds complexity, intensity and multiple changes of direction.

Now It's Your Turn

These are just a few drills to begin your speed and agility training.

In order to build a holistic agility training plan, look for the technique and movements you want to achieve during drills and focus on quality. Begin with the fundamentals and increase the challenge through intensity, acceleration, deceleration and change of direction.

As a cardinal rule in training, in order to progress, the quality of the training has to be high.

If an athlete is not moving with correct sprinting posture, body angles and position, then you’re not actually improving speed, agility and power. In practice, the focus should be on form before intensity.

Once form is mastered, intensity should be increased. Training agility in a controlled setting will allow you to choose the particular agility drills, as well as the sets and reps, to ensure the highest possible quality and performance outcomes.

The video sections in this article are excerpts from Brent Salazar's outstanding master class ‘Smarter Strength and Athletic Development.’ If you're serious about speed, strength and agility training, his class is a must-watch.

This is a complete guide to box jumps. With detailed breakdowns on technique and how to perform a proper box jump training progression. Feat... 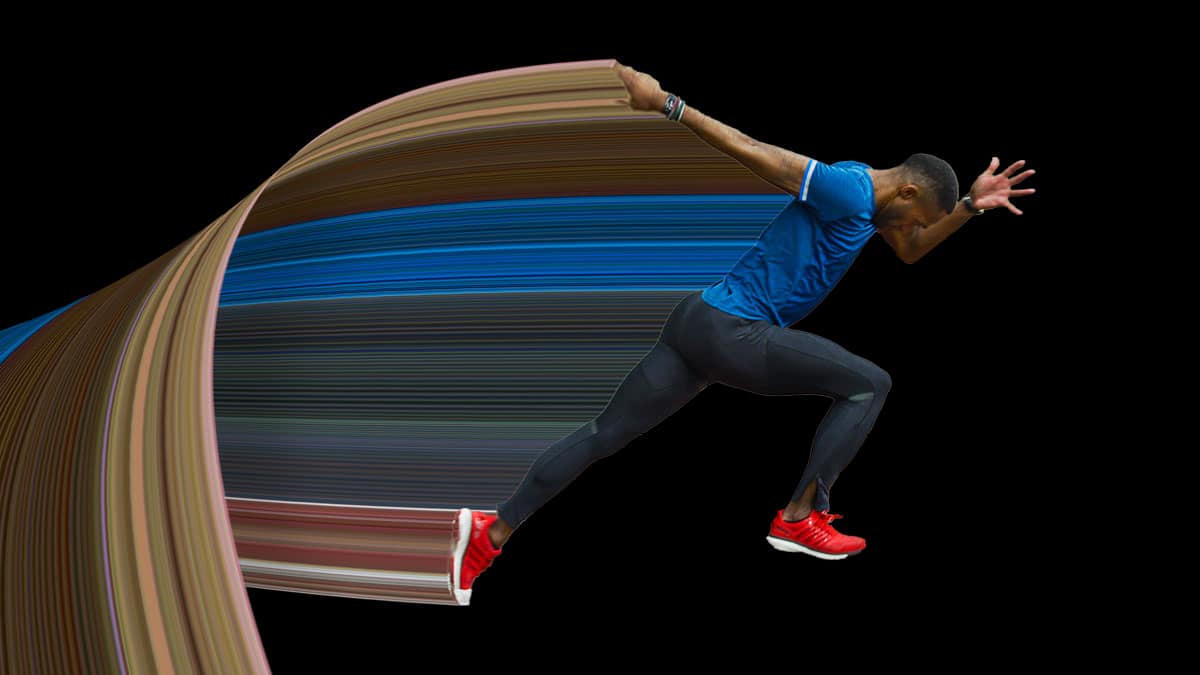